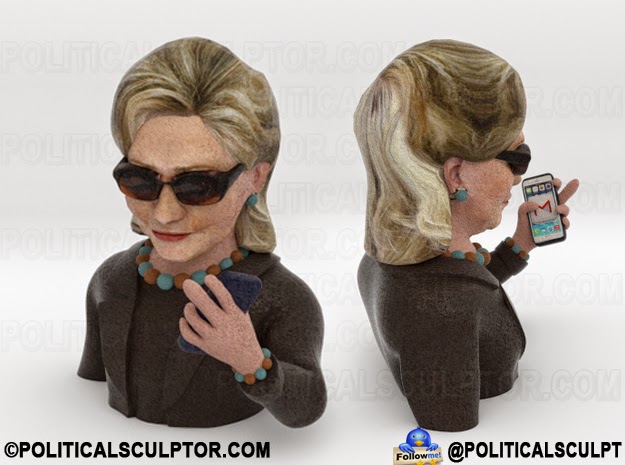 You guys probably have heard that Obama was considered the 1st 3D scanned and 3D printed President.

Anyways i'm reviving my blog after couple of weeks of silence to announce that I'm officially releasing the "1st Color 3D printed Presidential Portrait of the 1st Female American President". Yes i know i'm calling it too soon but judging by the clowns coming out of the Republican Clown car i think Mrs. Clinton Has this on the Bag.

Let's look at the Alternatives we have Rand Paul, Marco Rubio, Ted Cruz and George Bush.. i mean Jeb Bush. All which are Finger puppets of the Koch Bros who care nothing about the American People. So am i early on calling it? probably but i think Hillary is safe unless Bernie Sanders or Elizabeth Decide to run.

Anyways I usually go after republicans and homophobes when i do political sculptures and try to keep them meme related. I usually like to do some political commentary and explain the inspiration behind the piece. However, i usually don't do Democrats since I don't want to piss off my costumer base and my fellow liberals. However, this time i decided to do Hillary Clinton because i figured anyone would love strong and powerful desk piece to keep them motivated at the office or desk. This piece is inspired by the famous #textsfromHillary meme on the internet that went viral a couple of years ago.

This Piece will remind you to stay strong and motivate you to volunteer and get involved in this election. Remember the only way democrats can loose is if we don't go and vote or we don't get other people to vote. So get yourself one or two for your house and office... Get one for your fellow Hillary Supporters and get one of this for your friends who like to volunteer during election Season. 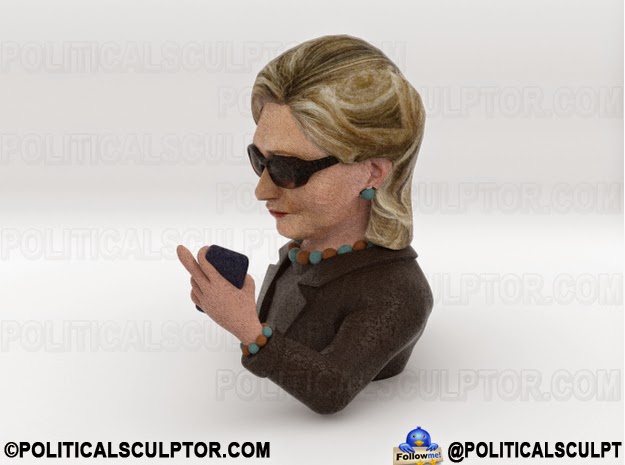 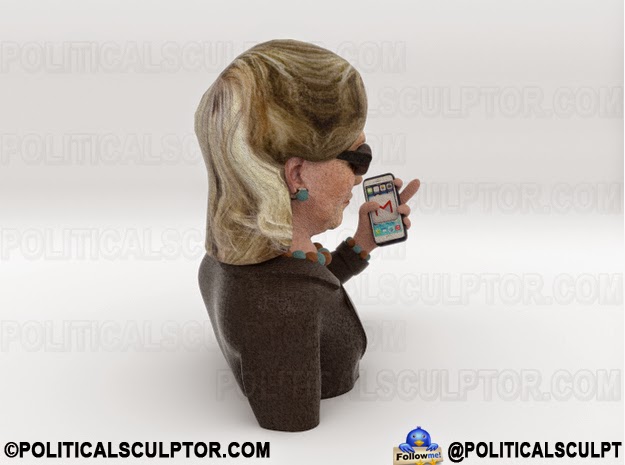 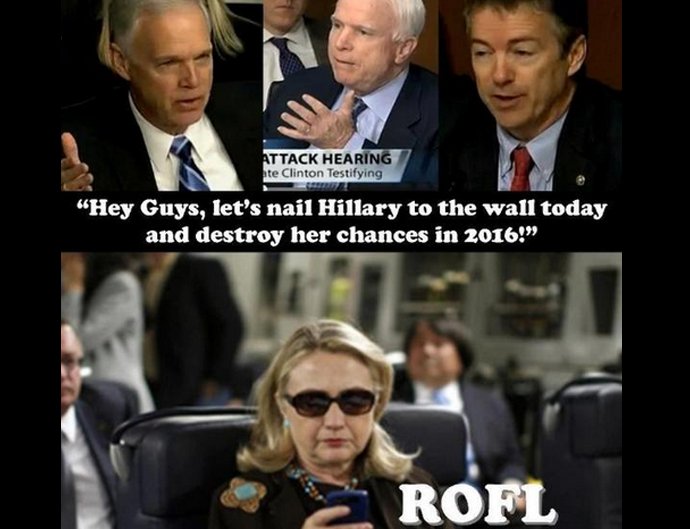 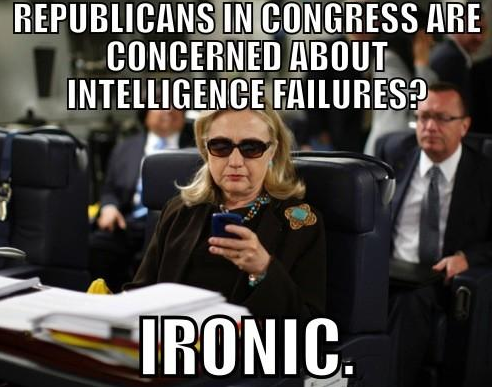 Posted by Moderator at 4:58 PM No comments:

Email ThisBlogThis!Share to TwitterShare to FacebookShare to Pinterest
Newer Posts Older Posts Home
Subscribe to: Posts (Atom)
You Can resume buying my Left Shark at
My Etsy Shop
or You Can buy the rest of my work at
My Shapeways Shop
Donate and learn about my legal Fund
gofundme Campaign

my work in TV
russell Howard's Good news show in UK
Politics Nation on MSNBC
CNN left shark
Fox Business
Chris Matthews on MSNBC
Channel 12 new jersey
Seth Myers show
Paul Henry show
shows like HardBall Chris Mathews in MSNBC and the Late night show with Seth Meyers. However most of the attention to my work has been abroad in shows like Howard Russell TV show, Paul Henry show or a funny French TV show Le Grand Journal . Anyways i think i pretty much established that my work is satirical in nature and sometimes offensive if you are a Putin or Kim Jong Un supporter who likes to send death treats.